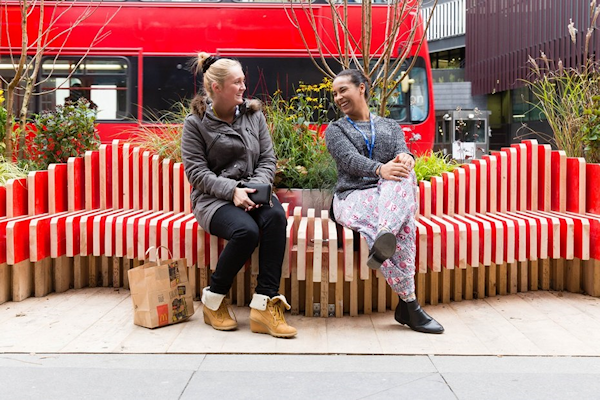 This article shows design-winning seats implemented in a so-called micro-park in London. I don’t know about you, but those seats look damned uncomfortable.  To me, it looks as though it would corrugate your derrière. And speaking as a 77 year old chappie with broad-based arthritis, those backs would ultimately be painful.

If so, what is it that makes otherwise sensible people be overcome by the cute or artistic side of things rather than comfort? Fashion gazumps common sense.  I’ve watched this all my life – whether it’s clothing, hairdos, furniture, appliances, or garden seating.