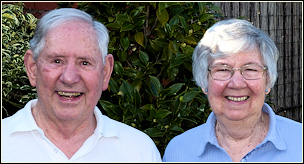 PLEASE NOTE:  Please check the <—– LH SIDE among the butterflies for further Recent Posts.

Hello and welcome from Bill and Glenyce Leithhead,  from Glen Waverley, SE suburb of cosmopolitan Melbourne, capital of the state of Victoria, Australia. This ‘sticky’ Header was used in 2016 as part of a Blog, recording our caravan journey as a round trip from Melbourne to Cairns and back, from July 13th, to between the middle and the end of September. We aimed to escape the cold southern winter into the warmth of the tropical northern Queensland dry season, and to see more of this wonderful country of ours. It was an excellent trip, but too tiring to keep up the Travel Blog, so I ditched it.  But I’ve left this part in.
And so our lives continue on … we both turn 80 in 2018, but try to keep going in the face of arthritis and other challenges to our well-being ….